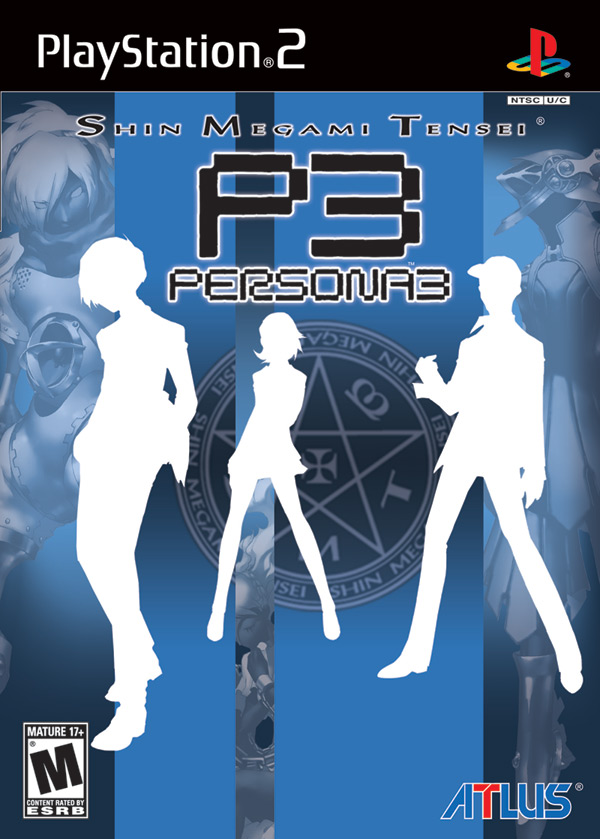 Released in the west in 2007, Shin Megami Tensei: Persona 3 is one of the more coveted games in the SMT series by fans and non-fans alike. Its initial launch was for the PlayStation 2, along with Persona 3 FES in 2008, and was then remade for the PSP in 2010.

Persona 3 takes quite a different approach in comparison to the previous Persona games, adding a bit of social simulation to the mix in the form of ‘Social Links‘. Like other games in the Persona series, you play as high school students that unlock their potential and utilize demons; only, in P3, the demons are summoned via an Evoker, which resembles a gun that’s triggered to the head. The use of Evokers was altogether well-received by critics and fans as it tied into the dark storyline without feeling superfluous, and was never part of any large criticism that many video games before it have seen.

P3 is played via 3rd person and, again, unlike previous titles in the series, you can see the monsters (in the form of shadows) on the map while traversing through the labyrinth. No random encounters this time around. Taking a turn-based style of game play, you as the player will find enemy weaknesses by scanning them or simply taking a guess based on your experience and attack accordingly.

The story in Persona 3 is considered dark, with the majority of battling and story progression taking place at night, during what’s called the ‘Dark Hour‘. You take the role as a transfer student that just arrives at Gekkoukan High and move into the student dormitory where you meet other students that seem to have the potential of persona. During the day, you’ll be going to school where you can participate in many different social stories to level up your ‘Social Links,‘ which grant additional power to the persona within that social’s arcana. Every night, something strange happens and people disappear, become what looks like brain dead, and things in the city get destroyed. It’s up to you and your team to find out what’s causing this to happen and battle through the night to find your answers.

P3 FES is somewhat of an expansion of the initial game and allows nearly double the game play in its added epilogue. If you’ve played the original P3, you can transfer your save over to the new game. P3P, on the other hand, is the PSP version of P3 without the included FES content, and has somewhat “downgraded” visuals. It is played more like a visual novel during cut scenes and you move around the city by clicking on objects using a cursor, rather than the traditional way: running around with your character. In P3P, you can choose a female protagonist. 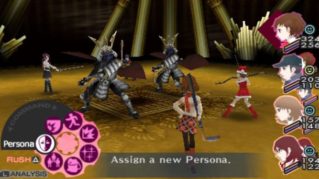 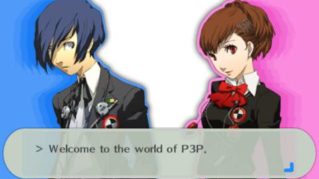 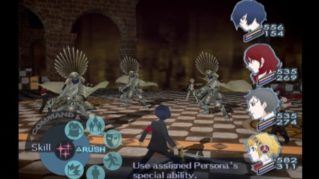 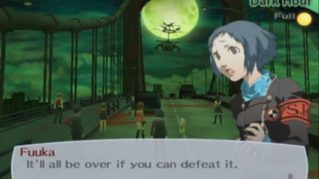 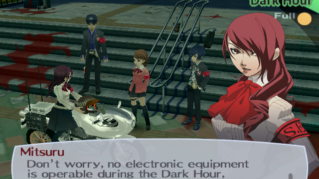 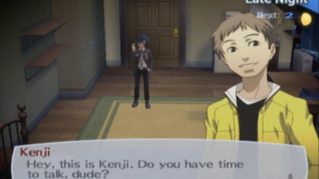 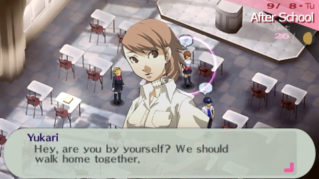 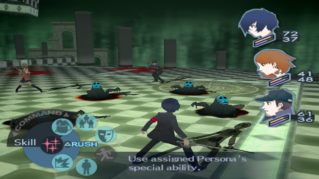