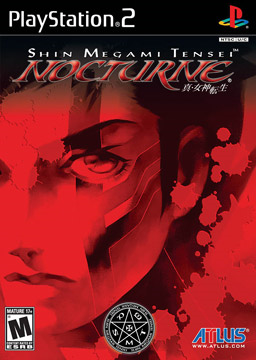 Nocturne is very different from its predecessors. Instead of a first person dungeon crawler, Nocturne broke into 3D and, with it, a 3rd-person perspective. It is still turn based, but the battle system was tweaked for the new entry. The unique Press Turn battle system is, at its core, about how many ‘turn icons’ you have. The protagonist and equipped demons each have one icon. If the player chooses to skip a turn, one turn icon is halved. Attacks take up one turn icon, but hitting an enemy’s weakness or getting a critical hit gives the player half a turn icon. If an attack misses or is blocked, the player loses at least one extra turn icon. This system applies to enemies, as well as the player, so it is a system that rewards players for exploiting weaknesses and having a good defense against enemy attacks. Demon negotiation also returns with an added twist: the player’s demons can do the negotiation for them… if they have the skills to do so. Additionally, the moon phases have been replaced with the negotiation affecting Kagutuschi phases. These phases have a tremendous impact during specific fusions and an even bigger difference with the new ‘sacrificial’ fusion feature which sacrifices a demon to boost the abilities of a resulting fusion of another pair.

Along with sacrificial fusion, Nocturne introduced the ‘Demon Compendium’; a tool that allows you to buy demons that you previously had in your party. The alignment system also returns, but is very different from the ‘law, chaos and neutral’ alignment system of the previous games. Additionally, Nocturne introduces a mechanic where the player will get a game over if the main character dies — a first for the series. A significant deviation from the previous entries are the attacks the MC can perform. In Nocturne, the MC can no longer use swords or guns. Instead, they have a basic ‘punching’ attack. However, the MC is able to learn and use spells which can be acquired by leveling up while equipped with a magatama. Magatama are also used to provide resistance to attacks.

Shin Megami Tensei: Nocturne begins with the protagonist meeting up with two friends to visit their sick teacher in the hospital. During their visit at the hospital, the friends noticed something strange. Everyone was missing. There was no visitors or patients. The friends later learned that certain events lead to the destruction of the world, and those in the hospital were the only survivors. During the chaos, the MC is transforms into the demi-fiend (half human, half demon), and wakes up in a ‘Vortex Word’ without his friends, but many demons instead.

Its unique and entertaining battle system combined with a punishing difficulty and immersive atmosphere makes Nocturne a fan favorite that’s often touted as the best game in the main series. 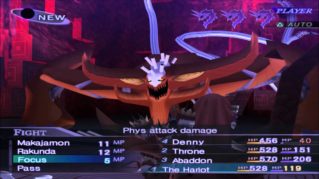 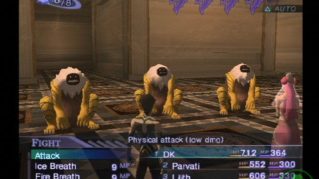 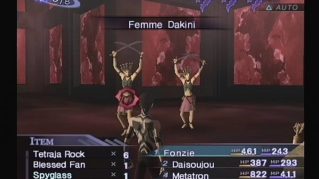 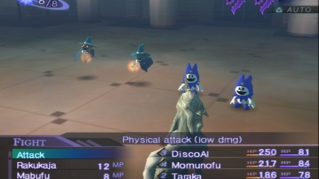 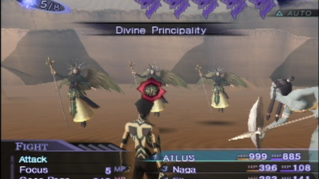 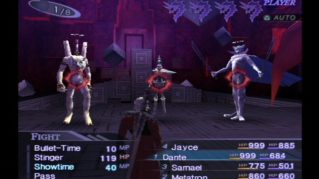