Atlus USA has announced today that demo’s for Persona 3 Dancing in Moonlight and Persona 5 Dancing in Starlight will be available today for PS4 and PS Vita systems for the NA PSN region.

Hit the dance floor with Persona 3's SEES and Persona 5's Phantom Thieves in a free PS4 demo for each game before their release on December 4. Available now, each games' demo features four pulse-pounding songs from the full versions! pic.twitter.com/QfYFVmRgpK

Pre-orders for the games are available now. Day One Edition/Digital pre-order will grant the players the characters Shinjiro Aragaki and Goro Akechi for their respective games. Alternatively,there is a bundle for both games which include both games,the pre-order add-ons,a hardcover artbook packaging and a digital download key for Persona 4 Dancing All Night. 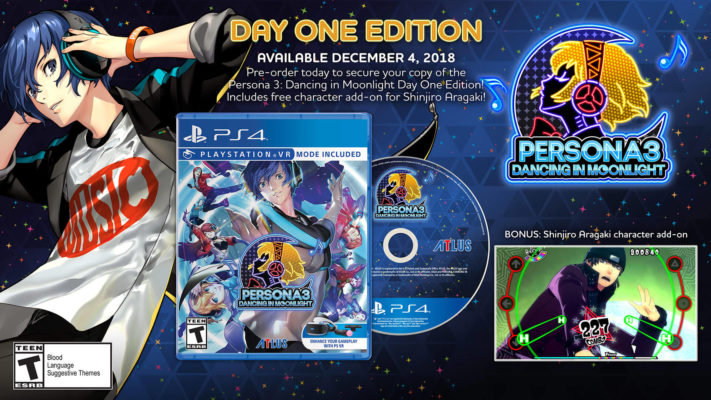 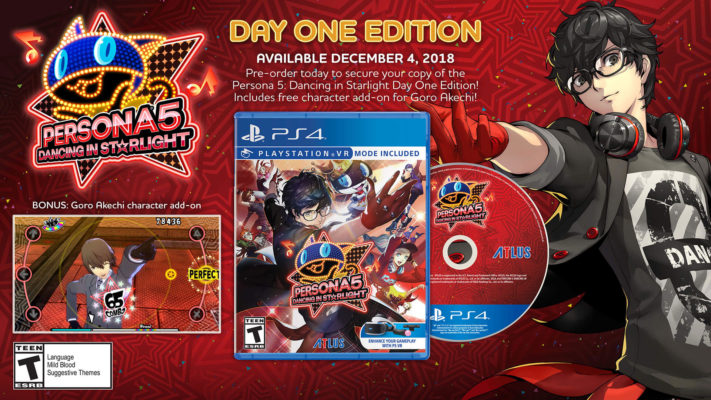 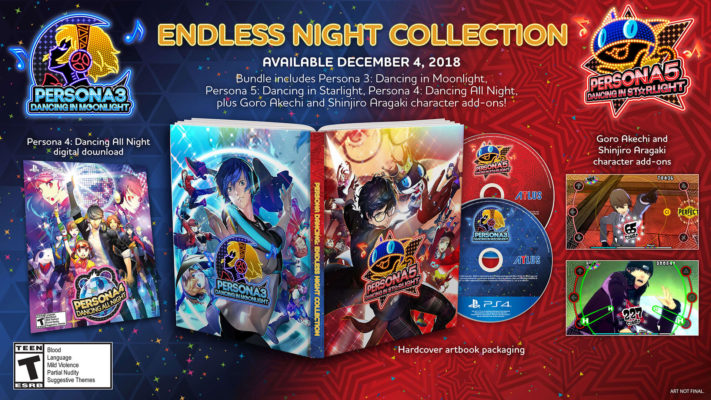 Persona 3 Dancing in Moonlight and Persona 5 Dancing in Starlight will be released on December 4th,2018 for the NA and EU regions.