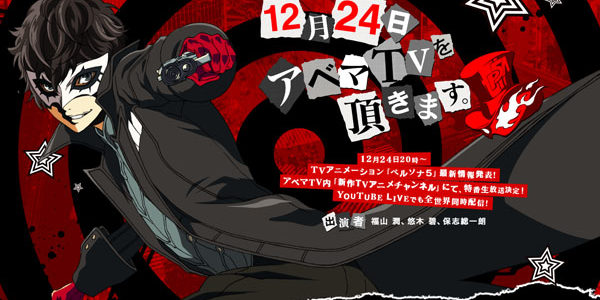 Atlus announced on its official Twitter account that details regarding Persona 5 The Animation, which will be airing in 2018, will be revealed at a live stream set for December 24th at 20:00 JST.

Details regarding Persona 3 Dancing Moon Night and Persona 5 Dancing Star Night will be announced as well.

Teaser trailer for Persona 5 The Animation –